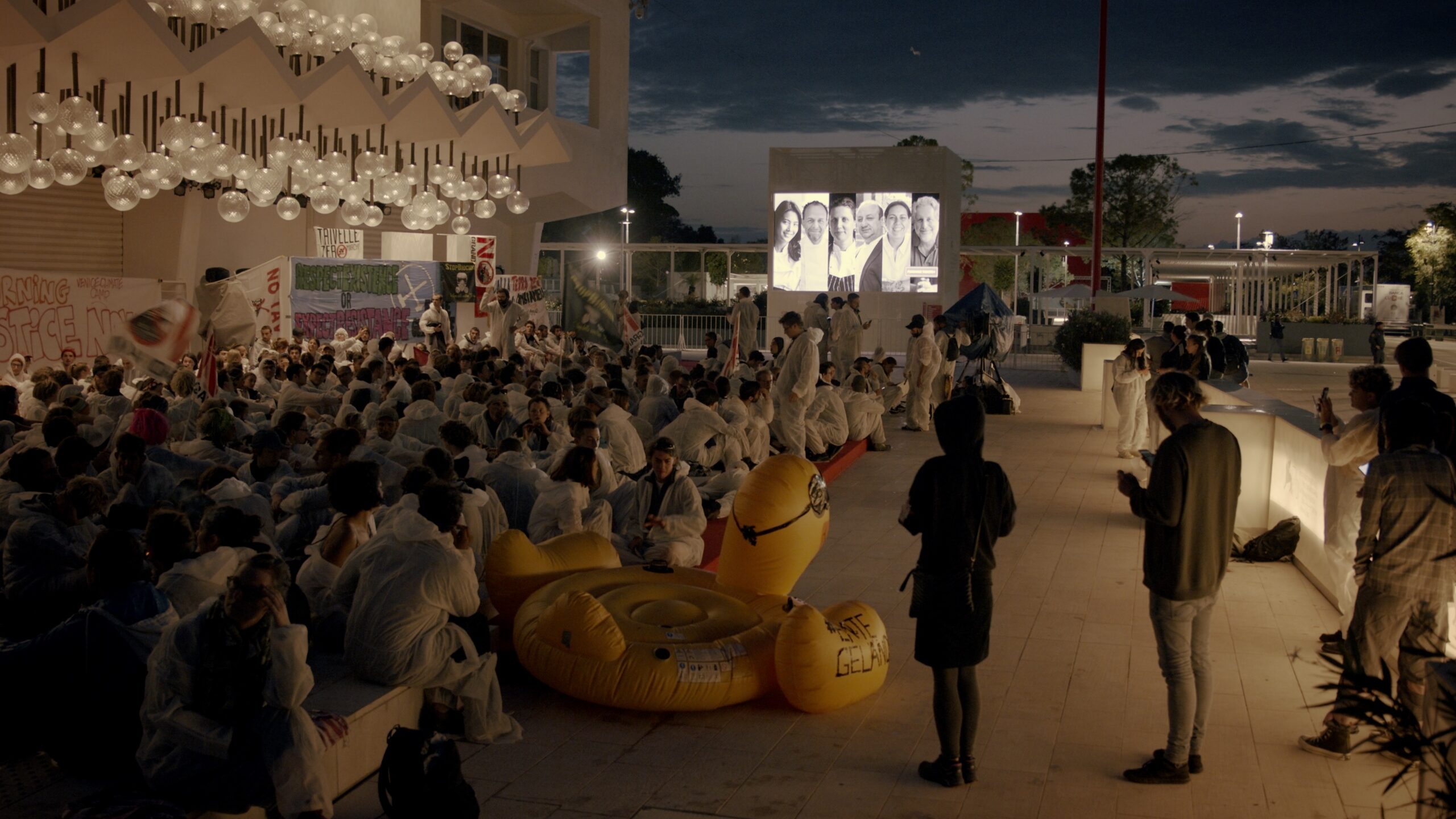 The sixth film celebrates the Venice Climate Camp of September 2019, organized by the No Grandi Navi (“no big ships”) committee together with Fridays for Future and many more activists from all over Europe. Leaving the camp on the Lido at dawn, 200 activists forced their way into the Venice Film Festival enclosure, where they occupied the red carpet for nine hours. Making full use of the international media presence, the activists laid claim to the world attention focused on the day’s prize giving ceremony, turning it to the agenda of the climate movement. The Venice Film Festival as such was not the target of the blockade, but the activists took a sharply critical position on its neglect of an important opportunity to call publicly for climate justice.