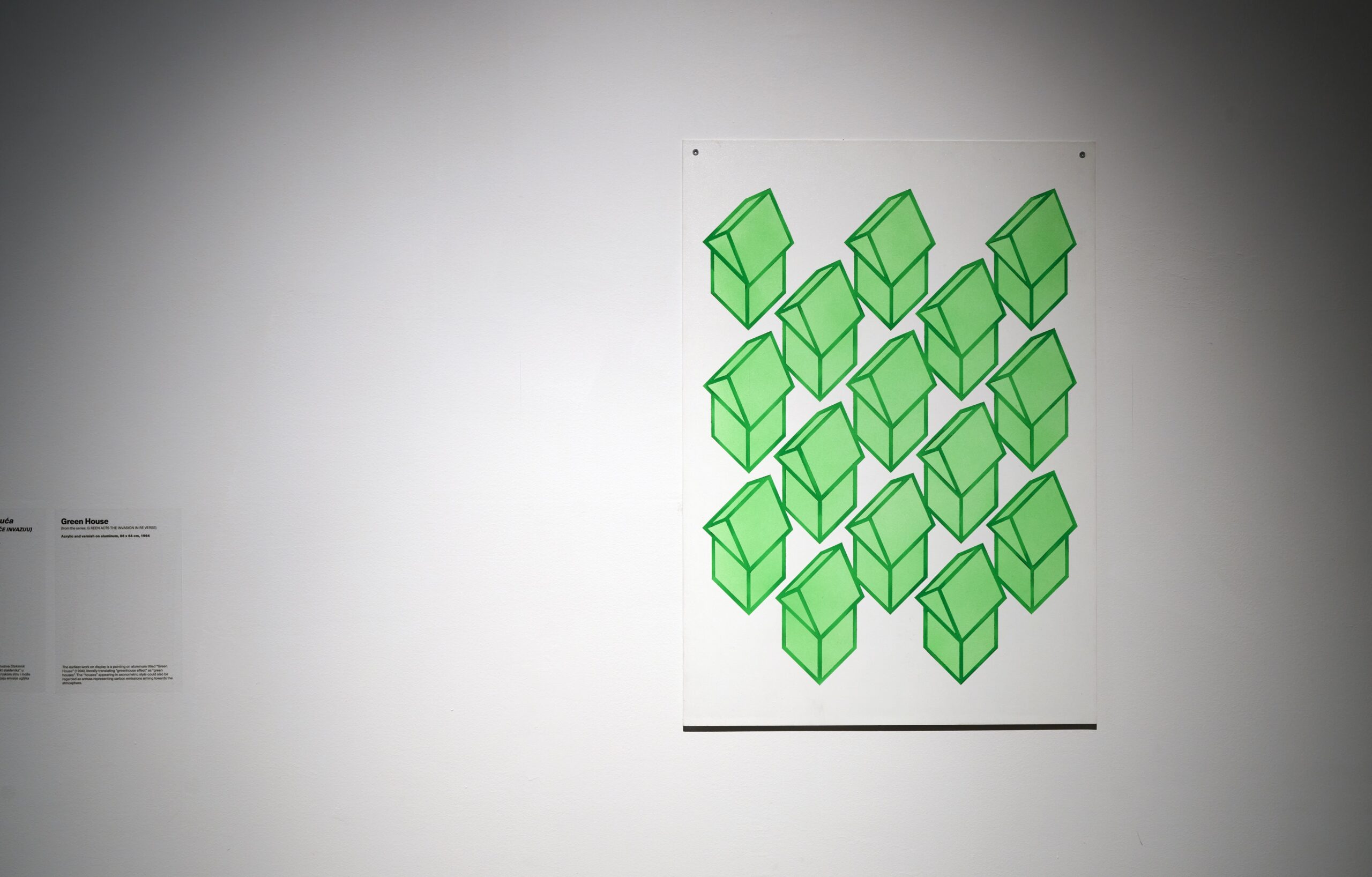 Global warming has been a central theme in Ressler’s artistic practice from the beginning. One of formative texts for the artist was written in 1896 by Swedish scientist Svante Arrhenius, On the Influence of Carbonic Acid in the Air upon the Temperature of the Ground, in which he informed colleagues of his calculation that average global temperature would rise over the long term as a result of the carbon dioxide produced by humans. The earliest of the exhibited works is based on a literal understanding of the English term “greenhouse effect”. The green houses are arranged axonometrically and can also be viewed as arrows tracing carbon emissions toward the atmosphere.