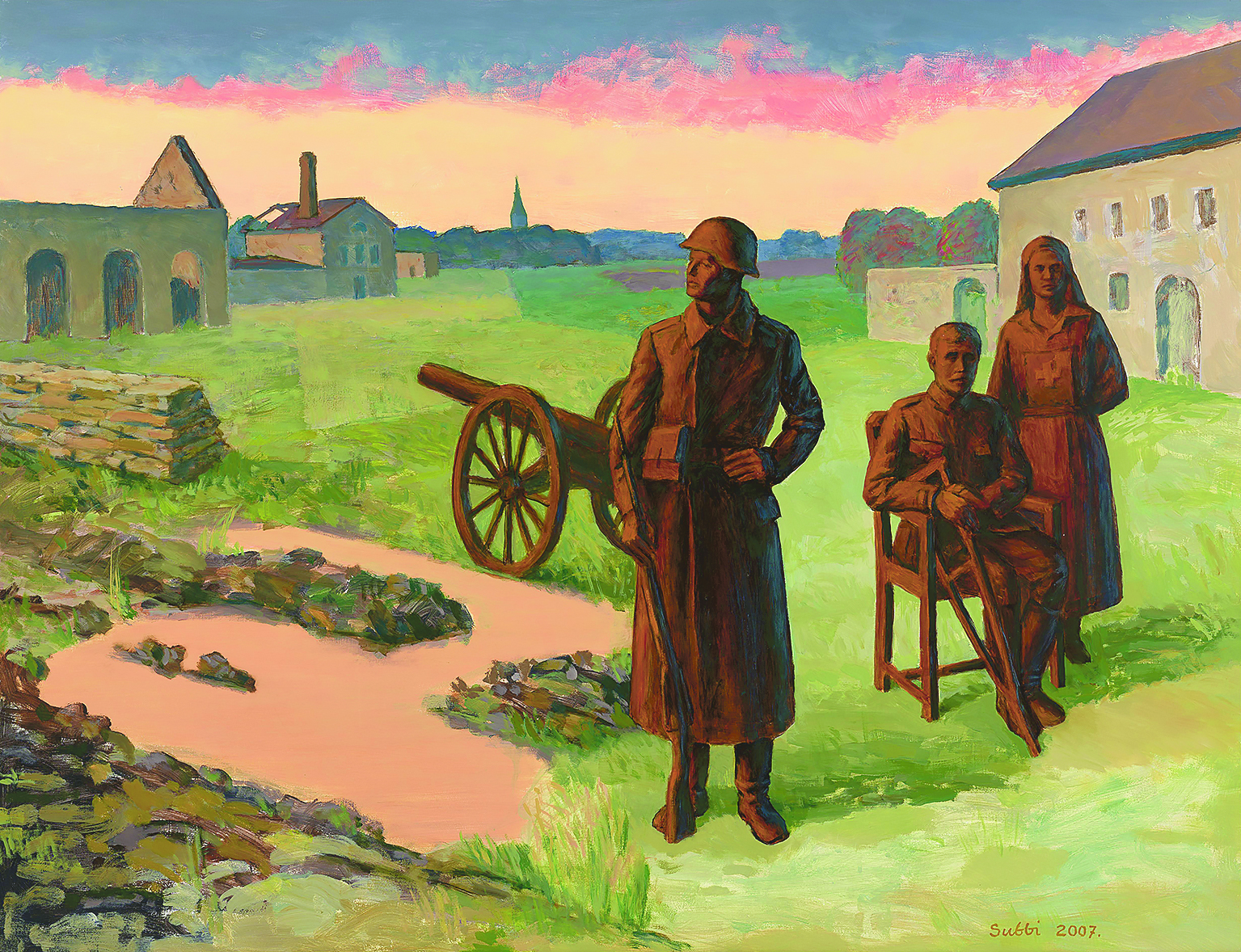 Three figures cast in bronze stand in a country landscape. The ruins of buildings stand still among the fresh rain puddles on soft grass and a distant church spire. The people depicted include his parents Johannes and Hella in the moments when they met – Johannes had been a soldier fighting for independent Estonia and met Hella when she treated him in the hospital. Olev Subbi’s life was marked by the life of his father – his exile in Siberia and early difficulties were due to his family’s role in Estonian independence.

Next to his parents stands the young artist Eduard Wiiralt obscuring the shape of a cannon. Wiiralt served as a soldier in the Second World War and subsequently went into exile in Paris for the rest of his life. It unites those who stayed, suffering the consequences of occupation as well as those who were forced to leave, draining Estonia of its talent and progress. Eduard Wiiralt was able to continue his practice in Paris, while Olev Subbi’s father died in a Siberian Gulag.

This painting is a monument. Unlike Subbi’s lively portraits of artists and politicians, his subjects here are cast in bronze and frozen in time. As a painter, Subbi created the monuments he imagined the country deserved in the form of an image. Olev Subbi described this painting as a debt he owed to Estonia, one that he realised in 2007. It was a long meditated dedication to the moments that shaped the lives of his and subsequent generations.