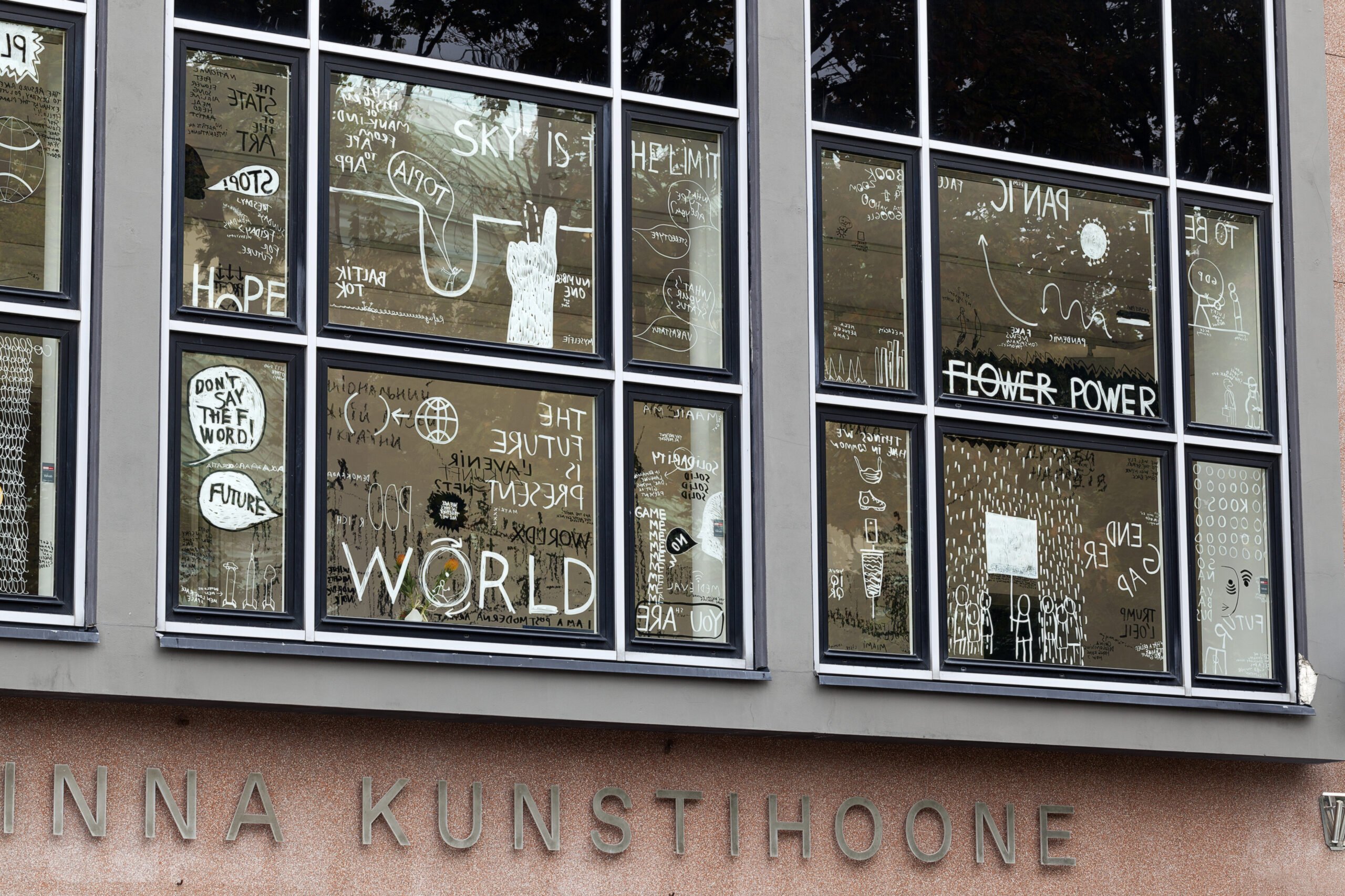 Since the 1990s, Dan Perjovschi has become widely recognised throughout the world for his drawings which the artist made on the inside or outside walls and windows of art institutions, at biennales, in journals and catalogues. In Romania Perjovschi has indeed been a popular public voice, contributing short texts and drawings each week to Revista 22, an independent political magazine published by the Group for Social Dialogue.

Dan’s drawings have commented wittily and synthetically on both local and global issues involving art, politics, and their reciprocal dependence. Some of his works have responded to news stories in the international press, others to the contexts where he was invited to participate in exhibitions. Aesthetically, they espouse a formal minimalism in their approach to drawing, appearing as they have been quickly drawn on walls, pavements, glass, however they are not quite as immediate as this implies.

For this exhibition, Dan Perjovschi has reproduced some of his best known drawings directly on the walls of the Tallinn Art Hall, as well as on the windows facing Freedom Square, one of the key public spaces in Estonia with deep historical resonances of occupations and resistance.