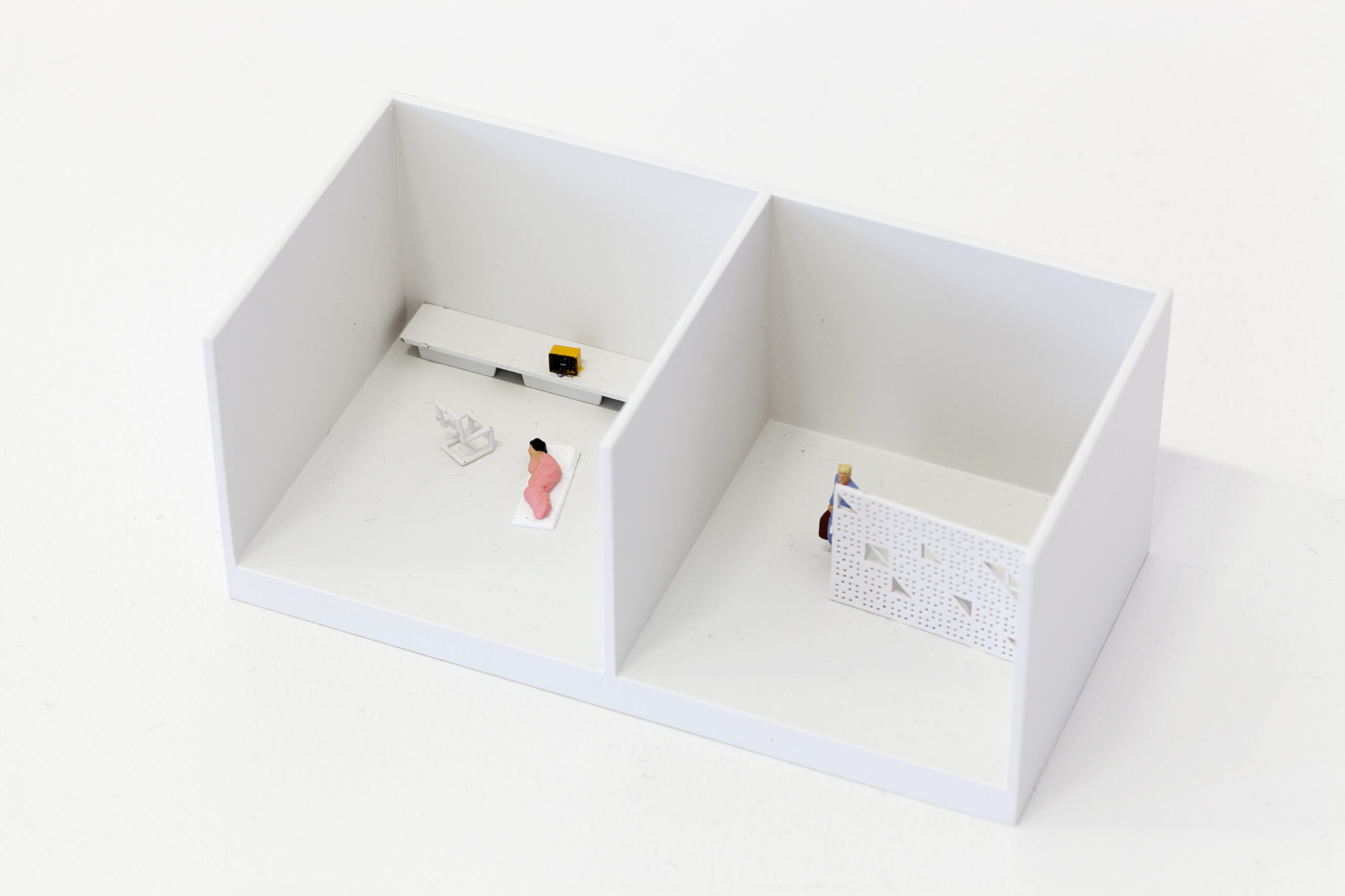 Shown for the first time together with the project Pat–riot, the installation Drachmas is based on television stagecraft and the architecture of models. The piece looks at the advent of Arab daytime television dramas, and in particular the dynamic between actors and historical events that have deeply influenced cultural production and political power.

As the artist explains, the story of Arab daytime television dramas began in the 1960s and the industry quickly forged a network across the region and developed numerous genres set against backdrops of small village life, Bedouin culture, the glory of Islamic history, as well as ancient pre-Islamic times, espionage, Palestinian resistance and solidarity, and the modern household.

Reproduced exteriors and interiors in studios allowed for large numbers of cast and crew to move between Beirut, Amman, Baghdad, Cairo, Athens, Kuwait and Ajman studios, and to navigate war, evade boycotts and save a small capital despite currency devaluations.

Concurrently, the video cassette recorder became popular as a home appliance and enabled people to record their favourite shows directly from their televisions. Ordinary people became  accidental archivists and living rooms became home-grown archives. Younis has accessed these personal collections and created small-scale models based on scenes from well-known dramas. She reproduced the scenes in such a way to abstract the relationship to specific social, political, cultural and geographic references, while highlighting the studio as a place of modest means but prolific production.