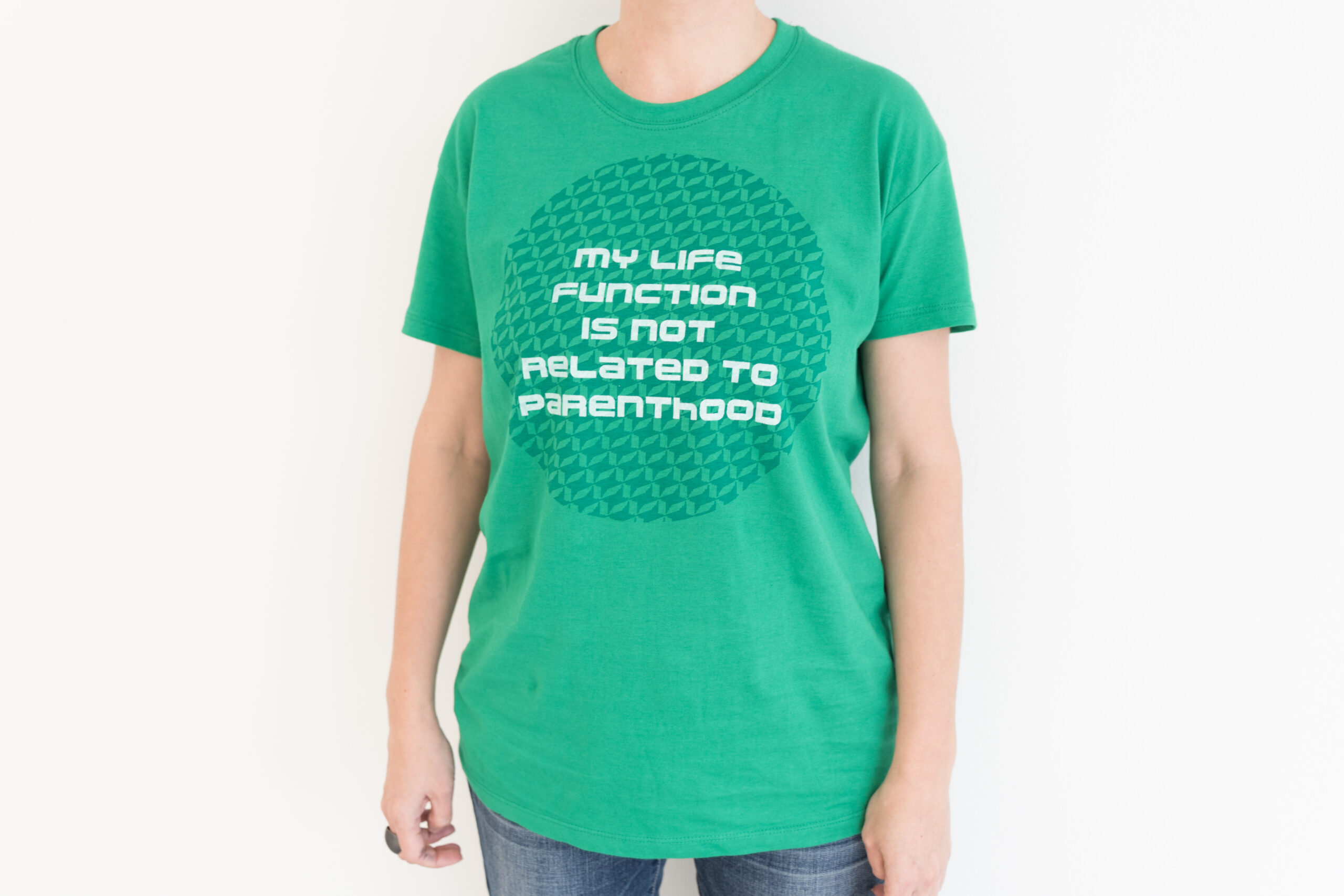 In a scene from the Soviet science fiction film Per Aspera Ad Astra (directed by R. Viktorov, 1981), a middle-aged female scientist is told that her main problem is childlessness. She replies: “My life function does not include motherhood.” One of the women Maria Kapajeva interviewed when preparing the exhibition called this scene her motto which helped her realize that she doesn’t necessarily have to have children.

Kapajeva’s mother used to work as a designer at the Kreenholm Manufactory in Narva, and for the exhibition the artist has used one of her mother’s designs on T-shirts, together with a quote from the film. Visually, the pattern resembles stars, referring to the title of the film. The shirt is also a symbolic, in a way reconciling gesture, which on the one hand expresses gratitude to one’s mother, while on the other emphasises the individual’s right to self-determination.