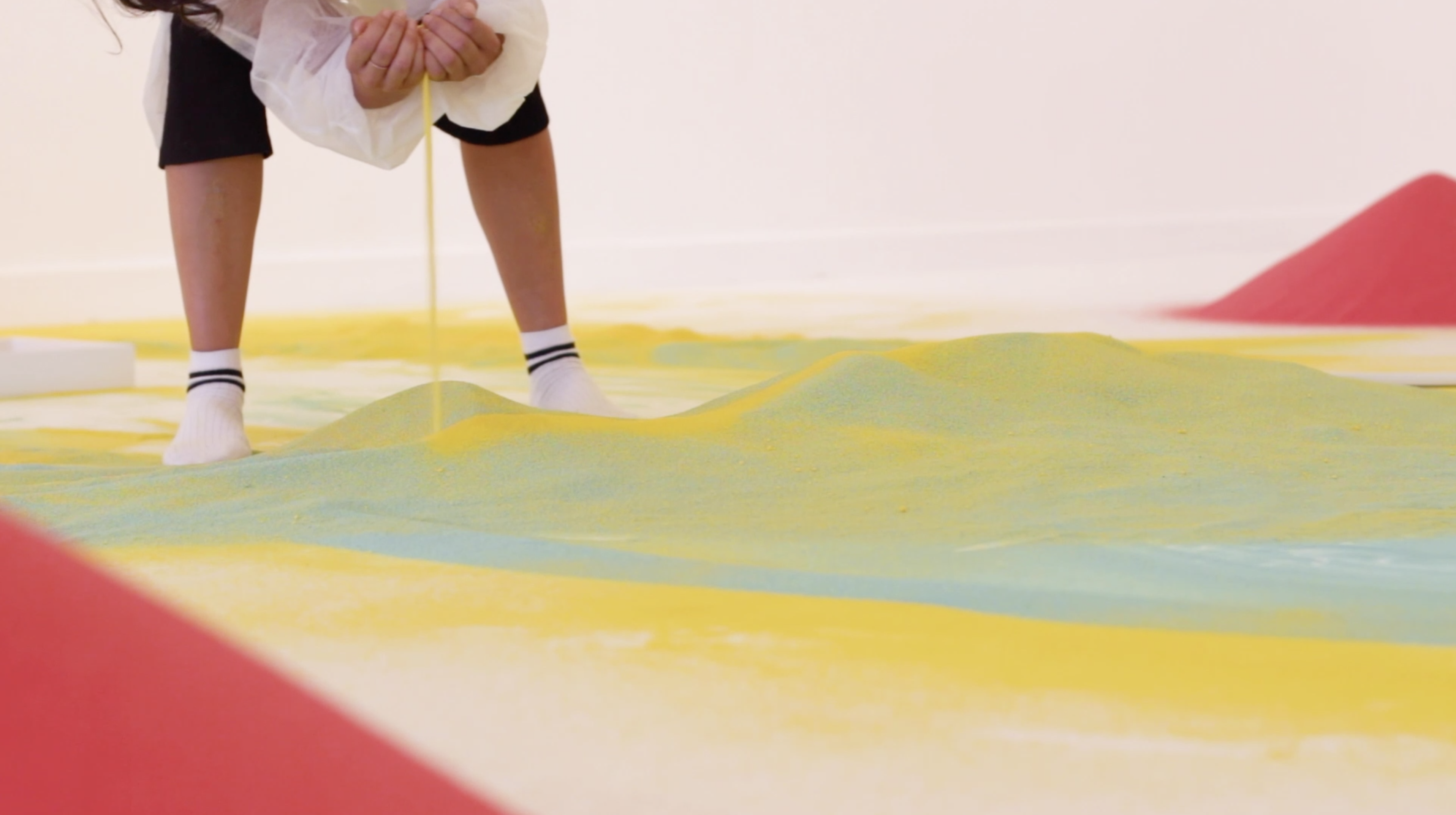 Sand, a granular material composed of rock and mineral particles, is the material for expression in the negotiation sessions of Acting Things VIII – Silent Negotiations. Two people move together in silence, pushing, pulling, stroking, throwing, sweeping… sand in order to negotiate one public matter between themselves. Judith Seng has compared the negotiation process to that which happens at the bazaar, where the final price is not fixed and may include an extended bargaining performance between the seller and buyer. Normally we aim towards established standards because these allow us to discuss matters in a clear, understandable and probably predictable way. Bargaining rules, however, may be set on spot in process, and communicating with sand leaves us similarly without fixed forms and terms. Sand gives us the chance to test our common ways of communicating without spoken words. “I feel silent negotiation in sand actually allowed me to do something, which in language is restricted because of the limitation of the words we have,” contemplates Jana Scholz, participant in Acting Things VII – School of Fluid Measures. Before participants head to the negotiation area, they have the possibility to rehearse their new language at the Gesture table. Here participants can train and agree on how to express gestures like pressing, contrasting, blowing and more with sand.