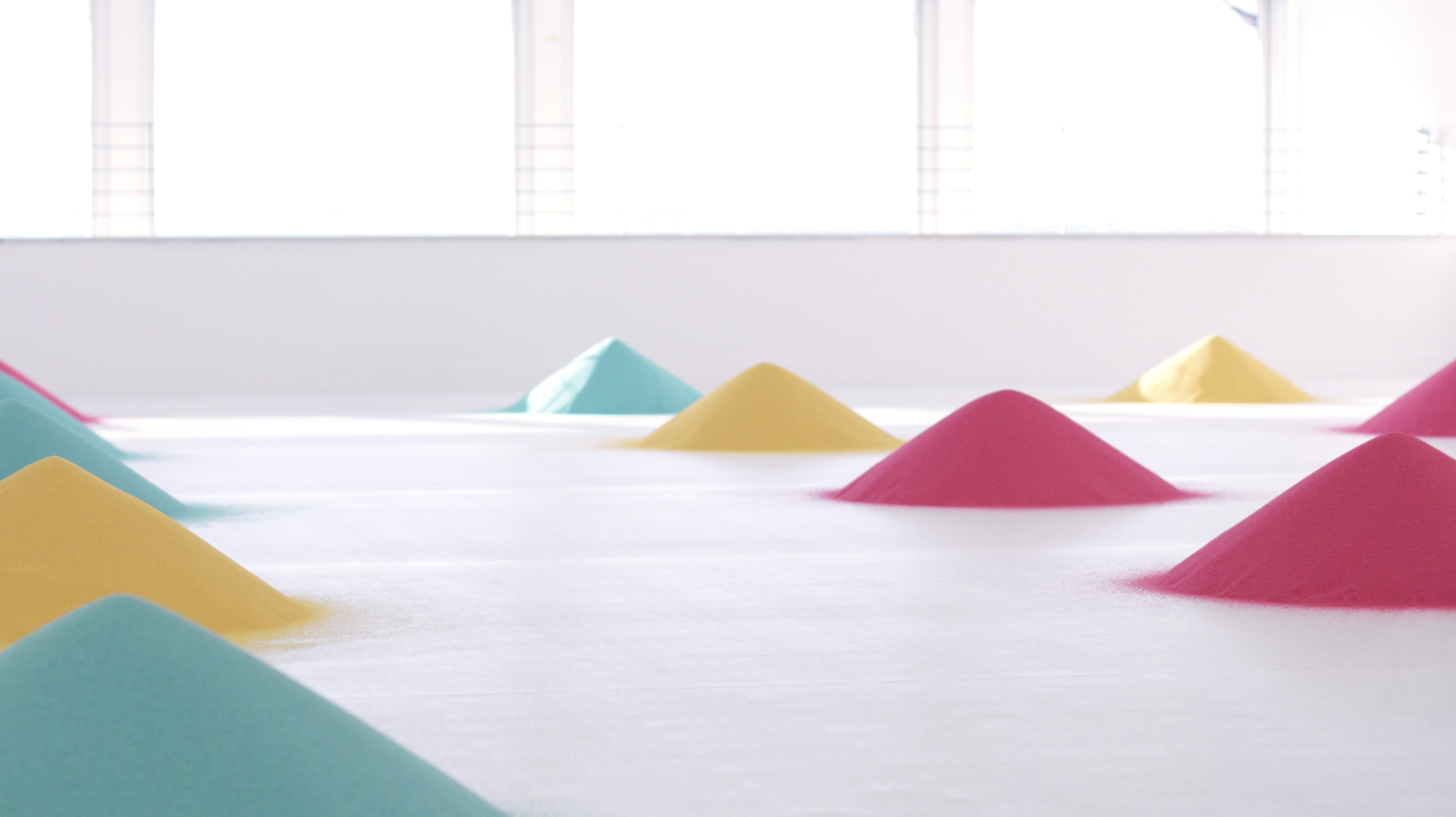 The experimental production series Acting Things by Judith Seng was first created in 2011, and it has become an ongoing series of performative projects that explore design as a choreography of daily life. Acting Things VII was first presented at the Pera Museum in Istanbul and is the first iteration in which Seng brought people together to study their interactions via movement in coloured sand. The same project has also been explored at Atelier LUMA in Arles, France in 2019 and at Z33 – House of Contemporary Art in Hasselt, Belgium in 2020. In Tallinn, we are developing on the previous iterations and exploring the private and public boundaries in the city that we as inhabitants create, discuss and shift.