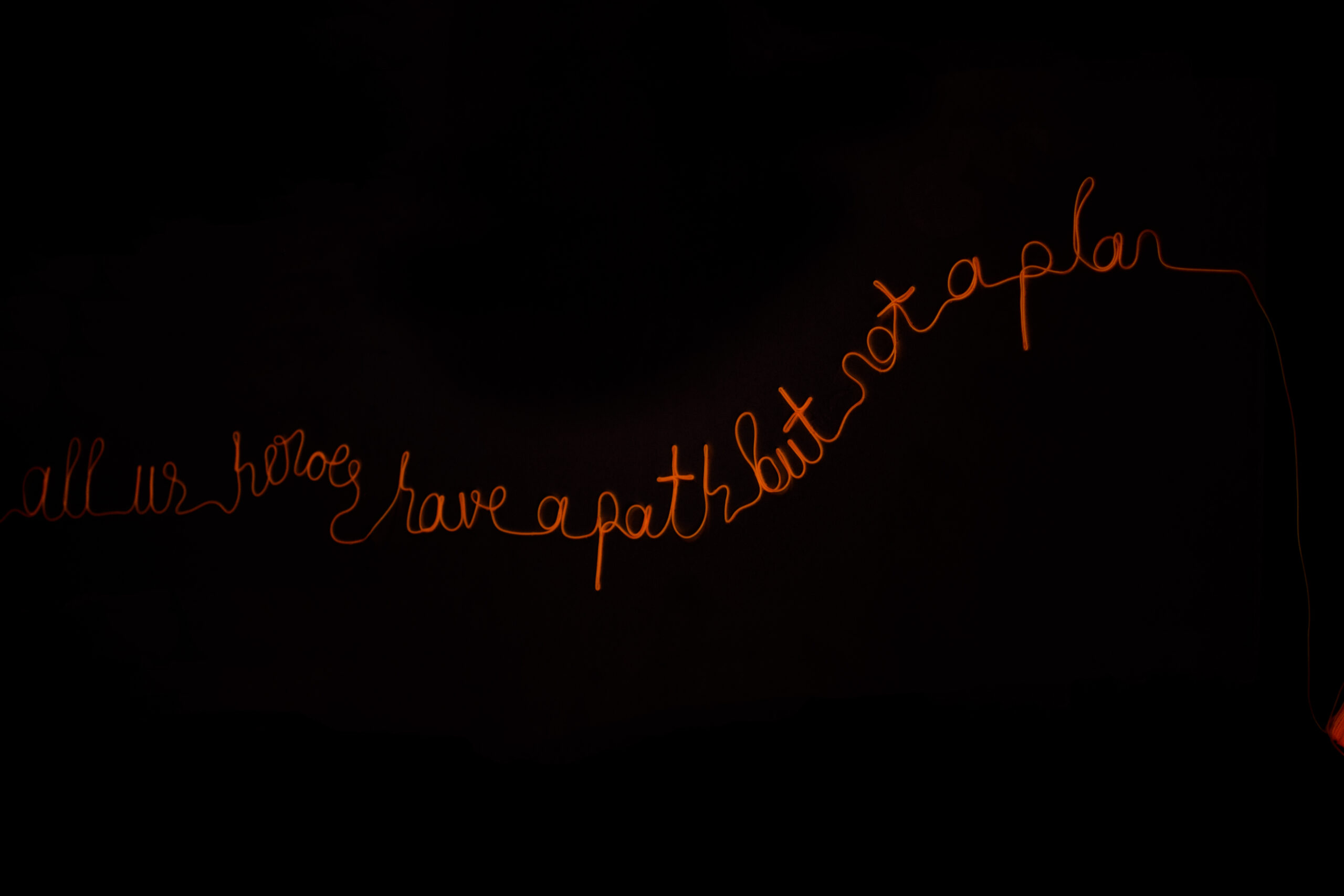 Labyrinth Song has crystallised Anna’s characteristic approach to her own work, its links to the books she reads, the music she listens to, and her manual dexterity in painting and drawing as well as in making three-dimensional works by moulding objects or using technical aids.

“Some degree of a social landscape always finds its way into a work of art. For me this sociality rather comes in a form of texts I’ve read. Every word in a text has somehow already happened, even if I write it myself. It was there: exposed and revealed before I’ve reached it. However, while reading I have sensation of a path-breaker. I like this bizarre déjà vu experience to enter my work. /…/ This resulted in me taking up (and maybe romanticising) a role of a stranger. I neither judge anything by comparing it to “home”, nor try to feel local. I try to stay in that undefinable, unrecognisable dimension. /…/ But instead of searching for a way out in a state of panic, I would rather keep the “orchestra” playing.”1

The artist has brought the story of Ariadne, the Princess of Crete, and Theseus, the son of the King of Athens, described in many variations in ancient sources, to the present day by reflecting “what already happened” in various media: as Ariadne’s love letter written with a red “neon thread”; the finely branching drawings forming a labyrinth; Theseus spinning in the chest like in a music box, and Asaf Avidan’s Labyrinth Song. The story of the birth of European culture, as Anna Škodenko herself sees it, confirms that the archetypal myths are still valid. They are still relevant and personally relatable.

In her works Škodenko connects intellectuality and education with emotional sensitivity, simultaneously observing them from the distance and experiencing them first-hand. Preferring to talk about other people, she blows the breath of her own experiences into them and fuses them into a single delicate allegory. “Theseus, that silly Platonist,” says Anna, who sees Ariadne as the epitome of self-effacing understanding, empathy and love, whereas Theseus moves from one heroic deed to another in his pursuit of fame.

A music box (or is it perhaps Pandora’s box?) with Theseus spinning in it, tangled in the very thread he interrupted, leads us to another story, this time told by Aristophanes in Plato’s Symposium: In the early days, there were three kinds of beings living on Earth: men, women and the androgynous, who embodied both masculine and feminine characteristics. The latter were so powerful that they were a threat to the gods, so Zeus decided to diminish their strength by cutting them in two. Since that time, these beings that once formed a single whole, are wandering the world, searching for their other half.