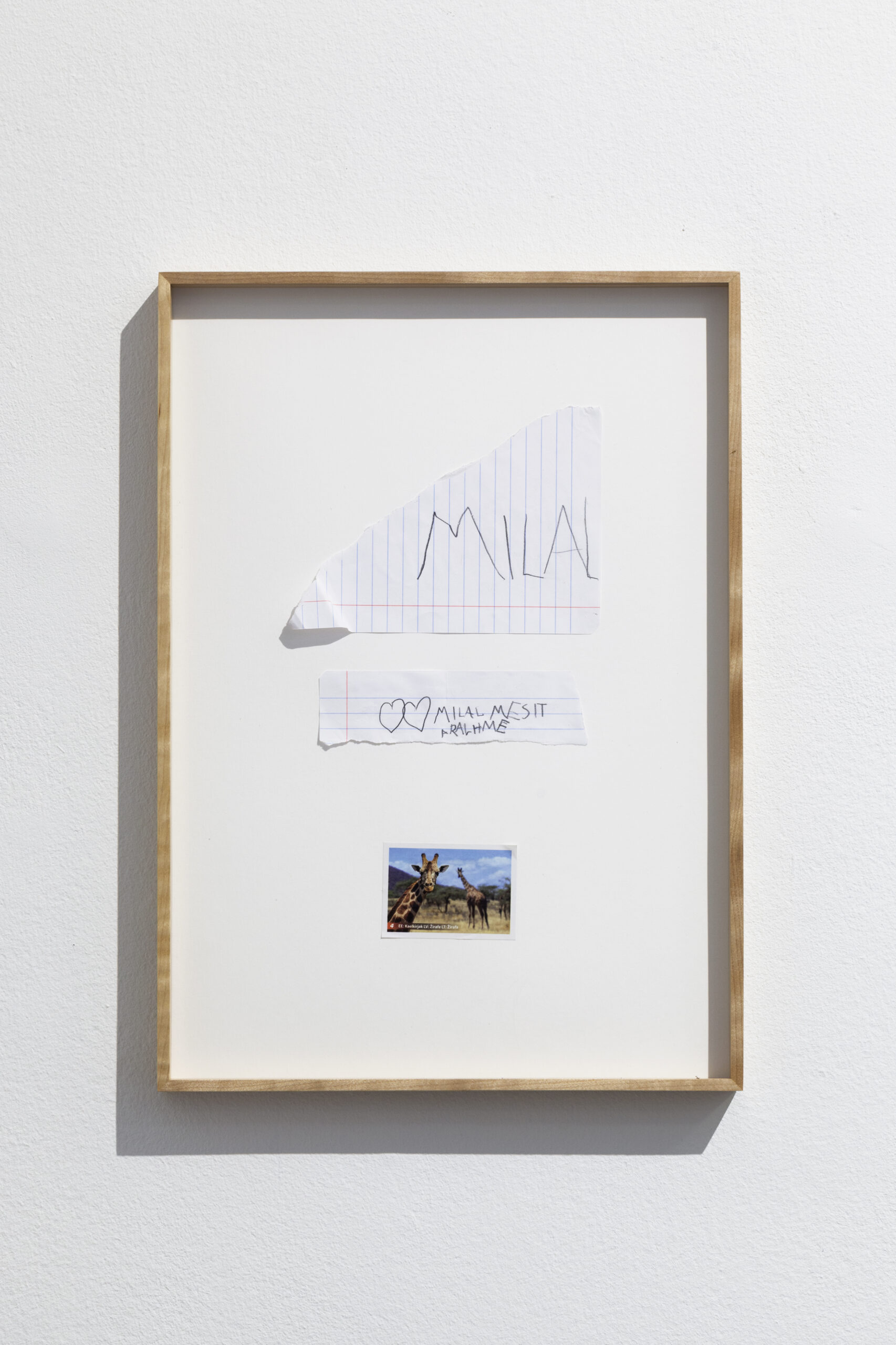 Climbing up the steps to the upper floor of the Art Hall, the visitor is confronted with the first work introducing the show, mounted on the wall of the staircase. When consists of a letter and an envelope in a single frame. Johanna, a six-year-old girl wrote to her mother while they were both still living with the abusive father and husband. Johanna’s mother is one of the many women courageous enough to seek help from Pärnu Women’s Shelter, whose stories are told throughout the exhibition. Two little sheets of paper carry the words: “When, when, when” and “When can we get away from here?” With these words the girl also sent an image of a giraffe, alluding towards the idea of wanting to run away to a far off place and leave her violent home behind.