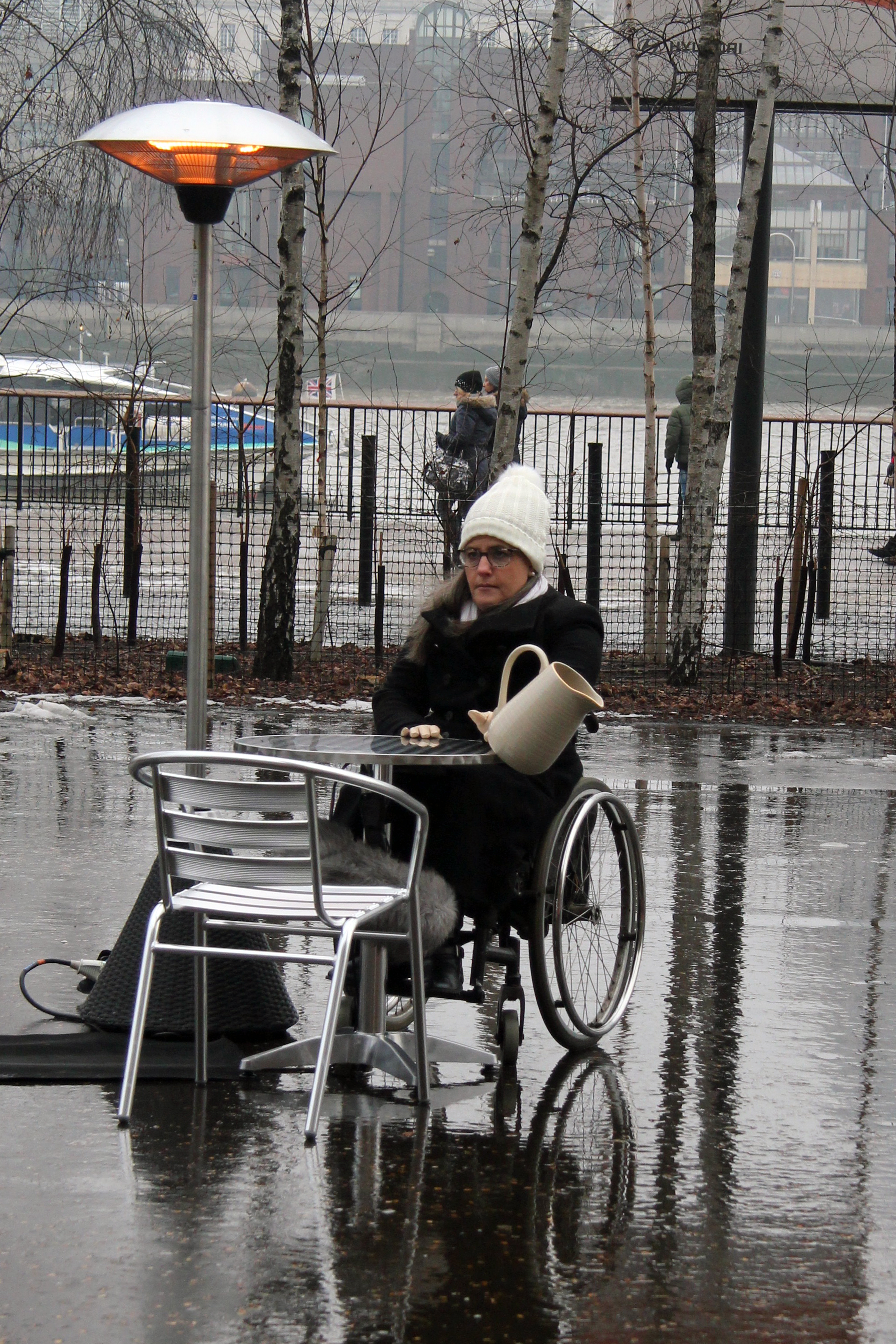 Noëmi Lakmaier’s The Task of Containing consists of a performance and video. In the performance, organised during the opening of this exhibition, Lakmaier repeatedly pushes a jug off a table and subsequently glues it back together, whereas the video, which is on view throughout the entire run of the exhibition, finds the artist sitting at a table with the same jug on it while reading Martin Heidegger’s seminal essay ‘The Thing’ dubbed by a male voice. The Task of Containing is about identity, intersectionality, and the relationship between self, other, and the world, which is arguably also Heidegger’s main concern throughout his text. The jug, and the piece in general is a metaphor for boundary crossing.